A fish which a few years ago would have been sniffed at by most, for being unfashionable and bland, with apparently watery tasteless white flesh but which is now quite a prized asset is that of whiting.

Being closely related to the cod fish, which has been severely over-fished in the past, whiting is a very tasty and under-used fish. Recently it has become quite fashionable to eat, unfortunately being targeted as a direct replacement for cod.

If you’re not going to be out foraging (or fishing, to be more accurate) for your own whiting, then you must ensure that you buy sustainably caught specimens only. These should be clearly labelled at your fishmongers, if not then just ask. Avoid those that have been trawled for. Remember that a fresh whiting shouldn’t smell “fishy” but of the sea. It should have bright eyes, with no fading or blemishes around the eye. The gills should be bright and fresh too.

If you’re lucky enough to be fishing for your own whiting then nows a great time for it. Whiting are out in abundance, but as the waters start to warm up they’ll head back out to cooler waters. They’re quite common around the UK coastline, and have no real preferred habitats – you can catch them from stony beaches, sandy beaches, rocky beaches and so on. Personally we’ve had most luck when fishing for them on a sandy seabed. You’ll only really catch them from the shore in the evenings, and they love worm or fish baits.

Whiting usually hang around in big shoals, so when you find one you’ll usually find lots more. They’ve been described as one of the easiest fish to catch, and as long as you’re fishing from the bottom of the seabed you’ll usually strike lucky. Using baited mackerel feathers works particularly well – whiting aren’t really too fussy. On the south coast, where we’re lucky to be located, they seem to stay until the end of February. This is when the biggest catches are available – the larger ones having scared away the shoal, which may have already moved off, and which is hunting by its own (often called channel whiting). These can grow up to 2 pounds – and are very good eating too.

If you’re lucky enough to catch one you should bleed and gut it as soon as possible. The longer you leave the guts in the faster the fish will deteriorate, and whiting have quite delicate flesh. You don’t want to be left with a soggy, soft whiting after a hard night of cold fishing on a February evening.

Now onto the best part – cooking the whiting. One of our favourite recipes, from Nick Fisher’s excellent sea fishing book, is grilled fillets of whiting with chorizo sprinkled over the top.
As you can imagine, its very simple to prepare. Take the head from the whiting if its still attached (save for use in a fish stock if you like) and then cut fillets from the fish. To do this, lay the fish flat and with its tail pointing away from you and head end closest. Run a sharp knife parallel to your work bench, cutting away from you. Try and make long, clean knife cuts – not cutting as if it was a saw.
Do this for the top side of the fish first, then flip over and repeat (can be a bit fiddly with the bone, if easier you can remove it for the second fillet).

Rinse your fillets and pat dry before seasoning on both sides, but not too much salt (the chorizo or bacon is very salty already). Use either strips of bacon, bacon lardons, or sliced chunks of chorizo, and sprinkle these on top of the fillets. Place under a hot, overhead style grill, and cook for a few minutes. The idea is that the chorizo or bacon will slowly melt, releasing its fat and flavours into the flesh of the whiting, giving it a lovely flavour. The chorizo/bacon should also crisp up after a few minutes. If you prefer you can grill the back side of the fillet first for a few minutes before turning and then adding the bacon/chorizo, to ensure its cooked thoroughly. If the fish is very fresh then you don’t want to over-cook the whiting, which can be easily done. It should be ready to eat when the flesh has turned from changed to a bright white.

Delicious served on a bed of salad with olive oil and sliced tomatoes. Or to make a larger meal of it you can serve with a handful of home-made chips or roast potatoes. 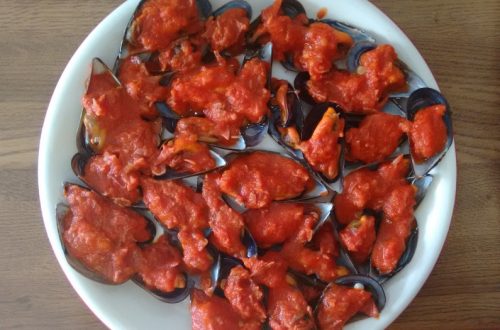 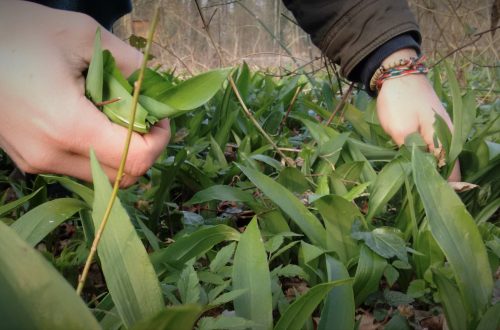